In the expected course of treatment, people are hospitalized because they are ill. Then, barring a terminal condition, they are released because they are better. Once home, people recover further, and continue on with their lives as well as their original illness allows them to. Unfortunately, with elderly people, this best case scenario doesn't always happen.

Sometimes a senior experiences a noticeable cognitive decline post-hospitalization. Families and caregivers are left wanting to know what happened and wondering if their loved one will ever be cognitively the same as they were before hospitalization. Each case is unique, but according to many studies, the cognitive functioning of some elders may not fully recover from the trauma.

Why are some elders subject to returning home from a hospitalization cognitively worse? Experts are studying this problem with varying results, but many agree that there are multiple conditions at play which can result in an elderly person suffering cognitive decline after a hospitalization. Although there is no conclusive evidence that a hospitalization can lead to dementia, the medical community calls the condition "hospital delirium," a condition that the American Geriatrics Society estimates affects about one-third of patients over 70, particularly those who are in intensive care or who undergo surgery.

My first encounter with this happened many years ago. My dad went into surgery to relieve pressure on his brain caused by fluid buildup behind scar tissue from a World War II injury. Dad went into surgery after being told that it would prevent dementia. He came out of surgery in a severe state of dementia that was never explained. The dementia remained until he died, a decade later.

Seeing my intelligent, gentle, funny dad turn into another man in a matter of hours was life changing. Almost worse, however, was the blank look of the doctors who insisted that dad was "no different" than before the surgery, even though they prescribed a powerful psychoactive drug post surgery, with no logical explanation for why he now "needed" the drug.

Was It a Surgeon's Mistake, the Hospital Environment or the Anesthetic?

While my dad's surgery was brain surgery, and the surgeon could have slipped up, many of the people who write about cognitive decline after hospitalization say their parents didn't even undergo surgery. They were hospitalized for an infection, or a lung ailment or a diabetes complication. They were cognitively stable, even sharp, other than their illness. Cognitive changes became evident when they brought their elder back into the home environment.

When this happens, confusion is often the first thing family members notice. They tell themselves that this will get better with time at home. However, sometimes it doesn't. Memory problems that weren't evident before surgery are noted. Sometimes paranoia or even hallucinations are part of the mix. Family members watch and wait. Eventually, the heartbreaking conclusion is that the elder is now in a significant stage of dementia.

No explanation covers all cases. However, now medical professionals – often led by nurses – are starting to recognize that the hospital environment may be partly to blame for elders' decline.

A sterile, confusing environment, with general noise, high-tech equipment shrilling in the background, and time-strapped personnel, can have a similar effect on a fragile elder as this environment can have on a child.

Pediatric wards have worked long and hard to soften this environment for children deprived of their home environment. The same approach to hospitalized elders seems to be helping, when applied. Studies have shown that when elders' rooms are more homelike, noises muted, colors softened, and staff members trained to be patient with an elder's confusion over hospitalization, the end result for the elders improves.

Anesthetics, and some antibiotics, are also under scrutiny. Researchers are looking into some anesthetics that have been considered safe for decades. Roderic Eckenhoff, of the University of Pennsylvania in Philadelphia, was quoted as saying, "Although cell culture and animal experiments show common anesthetics can cause amyloid-β production and apoptosis, the possible connection in people is hazier." Eckenhoff and his colleagues felt the evidence convincing enough, however, to continue with research around the anesthetic connection. That research is still in progress.

What Can Caregivers Do?

Hospitalizations will continue to be necessary for some elders, but it's helpful to keep that to a minimum. If your elder is in a comfortable nursing home environment and contracts pneumonia or another infection, see if he or she can be treated in their own room.

Think carefully about any surgery. What is the trade-off? Talk frankly with the doctor about anesthetic risk – not just death, but cognitive decline. Ask about different anesthetic options and see if there are choices.

Even if the hospital has not yet bought into the newer, softened atmosphere idea, you can make your elder's room more homelike. Place family pictures around, bring a favorite quilt, bathrobe and pillow if that is allowed. Also, have a family member or friend stay with the elder as much as possible. Familiar surroundings should help limit some of the trauma.

There is much to learn about elders' poor outcomes from hospitalization. We have to work with what we know. Be an advocate and stick with your elder all the way. That's often the best you can do. 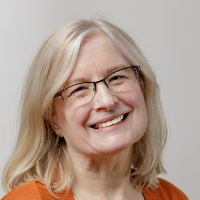