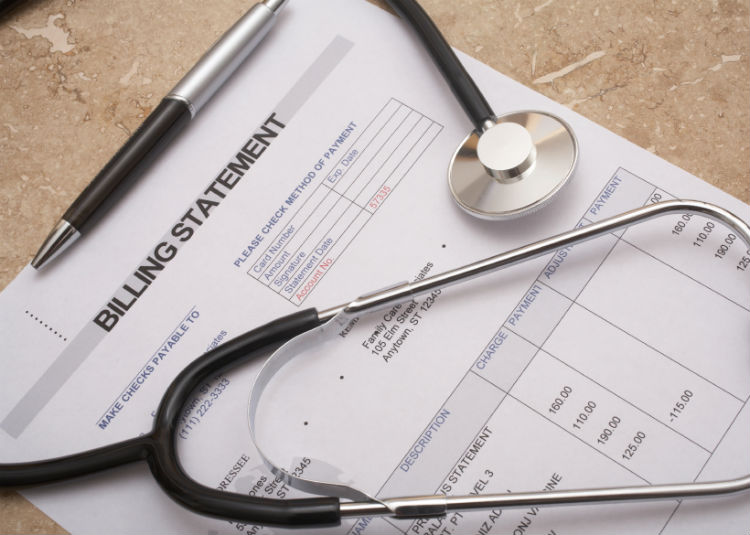 A growing trend in hospital admissions practices is sticking some seniors with costly care charges that they may not even be aware of—until they receive a massive bill.

Two hospitalized seniors may receive the exact same regimen of treatments and tests, but one of them could end up paying thousands more, all because of a simple three-word phrase: “held for observation.”

According to a study conducted by Brown University that examined over 29 million Medicare beneficiary records, hospitals are frequently registering elderly patients as being “under observation” rather than admitting them as inpatients. Researchers found that the nationwide ratio of seniors being held for observation versus those who were formally admitted rose by 34 percent over a three-year period.

This increasingly popular admission and billing pattern has serious consequences. “Observation” services are considered outpatient services and are therefore billed and covered very differently by Medicare. Furthermore, time spent under observation doesn’t count toward the required three-day hospital stay for Medicare coverage of post-discharge care in a skilled nursing facility. Family caregivers and seniors alike should be aware of this practice to avoid being surprised by shockingly high care costs following a hospital stay.

When a Senior Is Treated but Never Admitted

Larry Barrows, for example, spent over a week in a Connecticut hospital after suffering several falls at home but was denied Medicare coverage for ensuing nursing home rehabilitation. According to Larry’s wife, Lee Barrows, Larry had worn a hospital wristband, was on an IV, and was given a special diet due to unusually high blood pressure.

Lee recalls how Larry was given a hospital “room where he remained for eight days, undergoing physical therapy (PT), being medicated, and receiving further testing and monitoring. At this point, he could walk only a few yards with two men supporting him.”

It turns out that things were not at all how they seemed. “On the fifth day, a neurologist flanked by Larry’s doctor and a social worker, ushered me into the hall,” Mrs. Barrows recalls. “They said, ‘We’re sorry, but your husband was never admitted.’ ” That revelation left her stunned with disbelief.

Why Hospitals Admit Some Seniors as Outpatients

Even though it results in a lower payment rate, hospital billing departments use “observation status” if they’re contemplating whether to admit a patient or suspect they won’t get paid if the patient is admitted for inpatient care. Hospitals fear that Medicare auditors might overturn a doctor’s decision to admit the patient, which means the hospital won’t get paid at all.

To avoid the chance of completely losing Medicare reimbursement, the hospital decides to play it safe, charge Medicare the lower rate and put the patient on observation status. When hospital patients are treated this way, the medical center bills Medicare Part B (medical insurance) rather than Medicare Part A (hospital insurance). The patient is then responsible for privately paying any expenses that are not covered by their insurance.

Breaking Down the Costs and Coverage of Inpatient vs. Outpatient Care

Elderly inpatients must pay a fixed deductible, after which Medicare Part A picks up the rest of the bill for their hospital stay. Additionally, after paying a small annual deductible, Medicare Part B will pay all but 20 percent of an inpatient’s doctor’s fees.

The catch is that Part A only kicks in when a doctor issues an order to officially admit an older adult. Outpatients under observation are ineligible for hospital insurance coverage. In these cases, Part B takes over to help a senior pay for medical services, but this coverage is not nearly as comprehensive as the combined coverage of Parts A and B that inpatients enjoy.

In addition to paying a Part B deductible, outpatients must shell out a co-payment of 20 percent of the Medicare-approved cost of each individual test and treatment they receive, including x-rays, CAT scans, blood work, etc. An elderly outpatient may also have to pay full price for any prescriptions they receive during their hospital stay. Seniors who pay out of pocket for hospital medications can submit a claim for a Medicare refund after the fact, but reimbursement requirements vary by plan and the Centers for Medicare and Medicaid Services (CMS) cautions seniors that full repayment isn’t guaranteed.

For outpatients who are dual-eligible beneficiaries (those that qualify for both Medicare and Medicaid coverage), any extra out-of-pocket expenses would be paid for by Medicaid. But, those who rely solely on Original Medicare must figure out a way to pay the difference on their own. Medicare Advantage plans can help, but their coverage varies from policy to policy.

This billing practice not only affects coverage of the services and products a patient receives while in the hospital but also affects how their care is covered after being discharged. A three-day inpatient hospital stay is required for a patient to qualify for Medicare coverage of rehabilitative care in a skilled nursing facility. Any time the patient spends as an outpatient under observation does not count toward their qualifying hospital stay. If a patient never fulfills this three-day inpatient requirement, then the full cost of post-discharge care in a nursing home must be paid for out of pocket.

The median cost of a skilled nursing facility stay ranges from $255 to $290 per day, according the 2020 Cost of Care Survey conducted by Genworth Financial. Even if a senior spends less than a week in a nursing facility, they could face out-of-pocket care costs that creep into the thousands of dollars.

How to Determine a Senior’s Status in the Hospital

The Center for Medicare Advocacy (CMA) urges family caregivers to find out whether their loved ones have been admitted on an inpatient basis or are being treated under observation status. If there is any confusion surrounding a senior’s admission, ask their treating physician or an employee in the case management department immediately to avoid any surprises later.

According to Medicare.gov, a patient may receive a Medicare Outpatient Observation Notice (MOON) that lets them know they’re being treated as an outpatient in a hospital or critical access hospital. A patient who is getting outpatient observation services for more than 24 hours must receive this notice no later than 36 hours after outpatient services have begun.

The MOON will explain why the senior is an outpatient getting observation services, instead of an inpatient. It will also explain how this may affect personal care costs incurred while in the hospital and following discharge.

If you do find out that your care recipient is an outpatient under observation, the CMA urges you try to get that status changed. Depending on your success and whether your loved one requires follow-up medical care, you may have some difficult and expensive choices to make.

If your loved one can return home safely, the CMA suggests that you ask the hospital or community physician to order home health care. So long as your loved one is homebound (i.e. leaving home requires a taxing effort and occurs infrequently) and requires skilled nursing care or physical or speech therapy, Medicare should pay for short-term in-home care services. If this is your plan of action, be sure to have this care set up as part of the discharge plan before leaving the hospital.

The Costs of Being Held for Observation

Unfortunately, Larry Barrows didn’t have the option of being discharged with home health care. His physician wouldn’t authorize him to return home, so his wife had no choice but to place him in a nursing home for rehabilitation. The Barrows had to pay for this care privately, since Larry did not incur a qualifying three-day inpatient hospital stay. “He remained there for three months, suffering various symptoms and becoming increasingly despondent,” Mrs. Barrows recalls.

She vowed to appeal Larry’s observation status when he was still in the hospital. “I tearfully blurted that I was going to fight this. Whereupon Larry’s doctor and the social worker both gave me the thumbs up sign, saying this happens at least once or twice a week,” she says.

Unfortunately, the appeals process is a lengthy and complex one. Again, the CMA reminds beneficiaries that filing an appeal does not prevent the nursing home from requiring the patient to pay for their care, pending the outcome of the appeal. Seniors and their caregivers will need to gather relevant hospital and nursing home records to prove their case if they decide to appeal to Medicare for reimbursement of hospital and/or nursing home bills.

After three months in the nursing home, Larry Barrows’ family decided to try to bring him home. “He was home for only 24 hours when his blood pressure became dangerously low and he was severely dehydrated,” Mrs. Barrows recounts. His primary doctor ordered him to the hospital—a different one this time. Six days later, he was dead of pancreatic cancer.

Lee Barrows continued trying to appeal Medicare’s decision. “I eventually had a hearing. Six months later it was denied,” she says. Mrs. Barrows joined with several other Medicare beneficiaries (or their estates) and filed a complaint and a motion for certification of a nationwide class action. The case is ongoing.

“I keep thinking of past and future victims who might not have the awareness level or tenacity to navigate this economically driven system,” she laments. “The impact is devastating.”

J
EXPERT John L. Roberts Law Office of John L. Roberts
About John L. Roberts
John L. Roberts, J.D., is an Elder Law Attorney serving clients in Hampden County, MA. After practicing for 15 years, he confronted the challenges of family caregiving when his own father developed dementia. The experience transformed his practice, enabling him to help clients who are family caregivers from a place of true understanding.
Hospital
Read 9 Comments
Related Articles