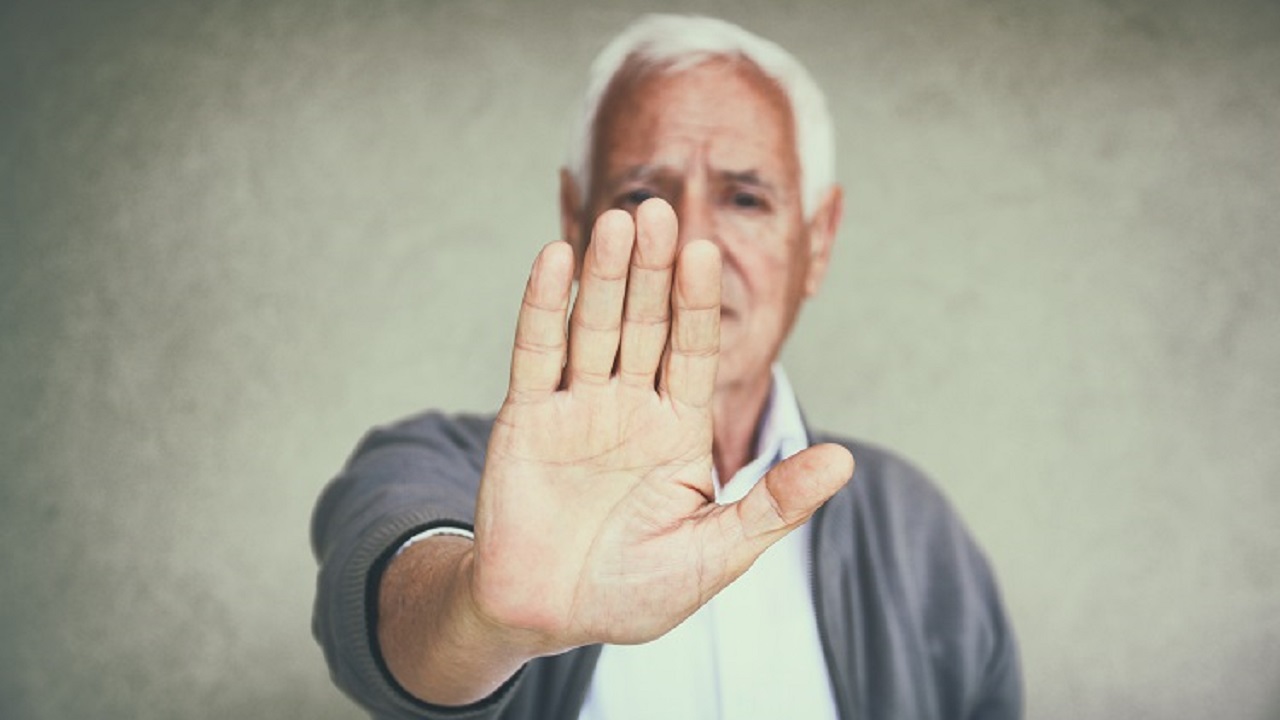 The writing is on the wall: your aging loved one is no longer safe living at home. Maybe Dad has started fires because he keeps forgetting to turn off the stove. Perhaps Mom is prone to falling and keeps winding up in the hospital. You’ve tried to reason with them, talked about the benefits of senior living, encouraged them to tour local communities, begged, pleaded and bribed, but nothing works. Your loved one refuses to even consider moving.

Caregivers encounter all kinds of challenges when it comes to ensuring their loved ones’ well-being. But when an elder refuses to accept help they so clearly need and continues to put themselves in harm’s way, family members are left feeling powerless, frustrated and endlessly worried. What’s an adult child to do when their aging parent insists on living independently? The only way you can legally force someone to move into a long-term care facility against their will is to obtain guardianship (sometimes called conservatorship) of that person.

How Does Guardianship Work?

Seeking forced guardianship of an elder is not an easy or inexpensive process, according to Susan B. Geffen, Esq., M.S.G, member of the National Academy of Elder Law Attorneys (NAELA) and author of “Take That Nursing Home and Shove It!” The process involves going to court and is often lengthy. In some cases, a family member will initiate this proceeding, or the county’s adult protective services (APS) agency will petition the court to have a guardian appointed. The latter typically happens when a neighbor or other concerned party reports that a senior is experiencing elder abuse or neglect, whether it is at the hands of someone else or self-imposed.

Guardianship can only be established over a person who is found to be incapable of making sound decisions and caring for themselves. If a senior is competent, they can choose how and where they want to live, even if these decisions put them at risk of injury, illness or death.

“From a legal standpoint, judges value the independence of an individual, including older adults,” Geffen explains. “The courts will bend over backwards to make sure that these rights are not trammeled, even if some of a person’s decisions are colorful.”

The legal system so respects each individual’s right to make decisions about their life that, if a cognitively impaired adult has moments of lucidity and can state that they want to remain at home, the judge will usually rule that they can do so and then order the appointed guardian to establish appropriate systems to ensure their safety and well-being, such as in-home care and home modifications.

Why do the courts take this stance? Geffen explains it is in line with a 1999 U.S. Supreme Court decision that ruled unnecessary “institutionalization” of people with disabilities is a type of discrimination prohibited by the Americans with Disabilities Act (ADA). According to Geffen, this decision has become shorthand for the principle that institutionalization (which includes senior living settings like assisted living facilities and nursing homes) should be a last resort for people who require long-term care services and supports.

When it comes to putting a parent in a nursing home against their will, some people mistakenly believe that being designated as a financial power of attorney (POA) or medical POA gives them this authority. That is not the case.

“No document gives the caregiver that authority,” notes Geffen.

There are certain things you can and can’t do with POA, and these things vary depending on how the document is written and when it goes into effect. These documents only give someone the power to “be the impaired person’s voice for legal, financial and/or health care matters,” Geffen says.

Larry Abrams, administrator for The New Jewish Home’s Sarah Neuman campus, a combined short-term rehab and long-term skilled nursing facility in Westchester, N.Y., says that in cases where guardianship is not obtained and family members somehow convince an elder to move to a senior living community, there is no guarantee that the elder will stay there.

“We usually can’t force someone to stay,” Abrams admits. “If an elder wants to go home, we can’t legally stop them if they are lucid and able to make rational decisions. We put a discharge plan in place that states how and where they will continue receiving care. That plan might include in-home care. However, as long as the person has mental capacity, we must allow them to leave and then report the case to adult protective services.”

On the other hand, “If the elder does not have the mental ability to make rational decisions, we won’t let them leave,” Abrams assures. “A psychiatrist will evaluate the resident and, if they find that the resident lacks sufficient mental capacity and will be unsafe living on their own, we say, ‘Sorry but we can’t let you go.’ It’s a tricky situation, because oftentimes, the resident becomes more challenging to manage.”

The Process of Obtaining Guardianship

Any attempt to take over the rights of another individual is costly and time-consuming, and the process may not have a favorable outcome for the person seeking guardianship (known as the petitioner). Judges, lawyers, psychologists, neuropsychiatrists and APS staff are often involved.

The court assigns an independent attorney called a guardian ad litem to represent the elder (known as the respondent). The petitioner is responsible for paying the filing fee and the costs of bringing the suit. Examples of such costs include the guardian ad litem’s fixed fees and any expenses associated with the respondent’s medical, neurological or psychological evaluations for determining whether they are competent to handle their own affairs.

In some cases, the courts do favor the concerned caregivers who petition for guardianship. However, a perfect storm of events must occur for this to happen. A court-appointed representative will conduct a comprehensive analysis of the family. A neuropsychologist must interview the elder and report that they lack the mental capacity necessary to determine if they should continue living at home. A court-appointed attorney then investigates and takes all these results into consideration. If everyone in the process agrees that the elder lacks rational decision-making capabilities and the petitioner is a responsible and trustworthy individual capable of functioning as a guardian, the judge will rule in favor of guardianship.

The court may place any kind of limits on a guardian’s authority over the ward. According to the National Guardianship Association, the guiding principle in all these cases is to use the least intrusive measures and assure as much autonomy as possible for the respondent. The guardian’s authority is strictly defined by the court and the guardian may not operate outside that authority. Depending on how the terms of a guardianship are defined, a guardian may be able to decide things like where a ward lives, how their money is managed and/or what medical care they receive.

Balancing a Senior’s Independence and Well-Being

Regardless of a family’s unique situation, getting elderly parents to move from their home is never easy. The best scenario is to broach the subject gently, frequently and long before it needs to be acted on. In this way, the entire family can work together to understand how a loved one wishes to live out their golden years and then plan accordingly. Unfortunately, many families struggle to discuss this topic, and seniors’ willingness to embrace change often decreases as the decision approaches.

Ultimately, family caregivers must learn to respect their aging loved ones’ wishes and try to reconcile them with the best decisions for their health and safety. If a senior is not capable of partaking in these decisions because of dementia or another mental health condition, then guardianship may be the only way to ensure their well-being—but only as a last resort.